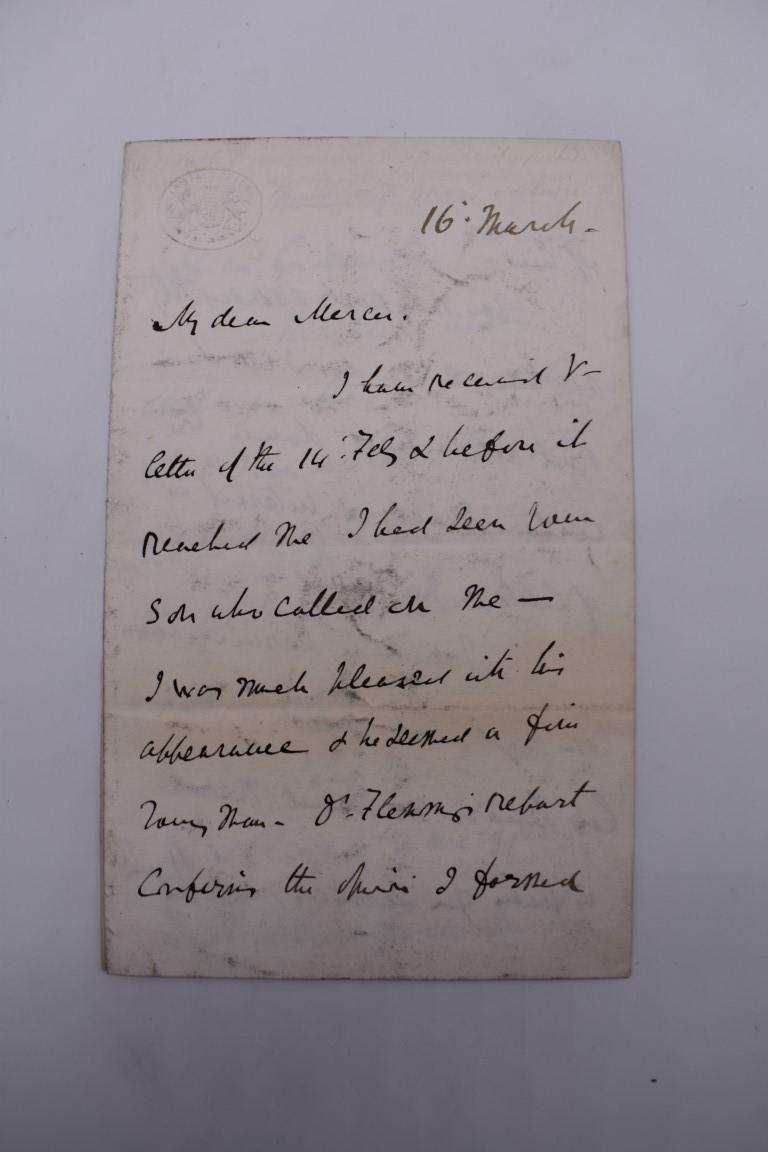 and manuscript extracts, to include ALS from Bishop Stanley to J W Jenkins, April 29 1863 touching on the health of the army in India: other letters from Sir John Lubbock, Sir Robert Montgomery: Viscount Edward Cardwell: Sir Edward George Clarke, and others. (Small quantity)