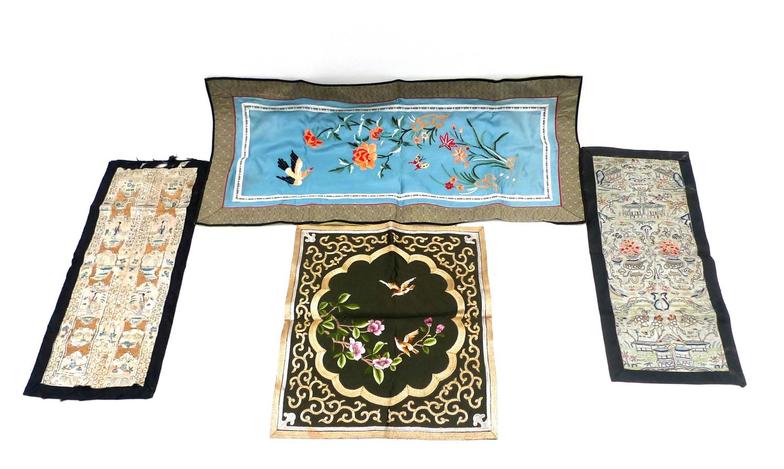 silvered silks on a linen ground, joined together to form a single panel, and another pair similar, slightly later, embroidered on silk with polychrome and gold coloured silk thread, both bordered in black, on blue linen backing, 51 by 21.5cm, and two 20th century Chinese embroideries on silk, 35 by 74cm and 41 by 35cm. (4)