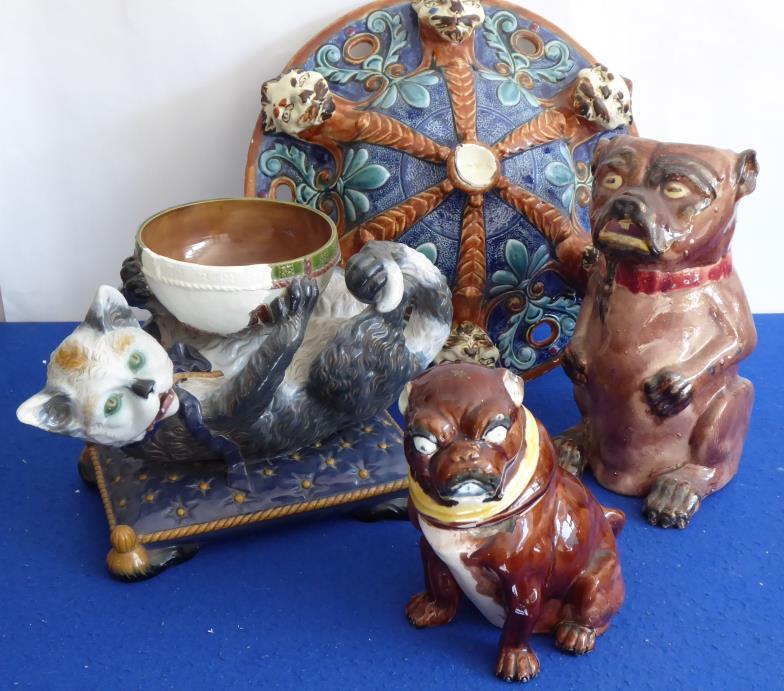 A selection of mostly damaged 19th century Majolica to include a stand, the border decorated in relief