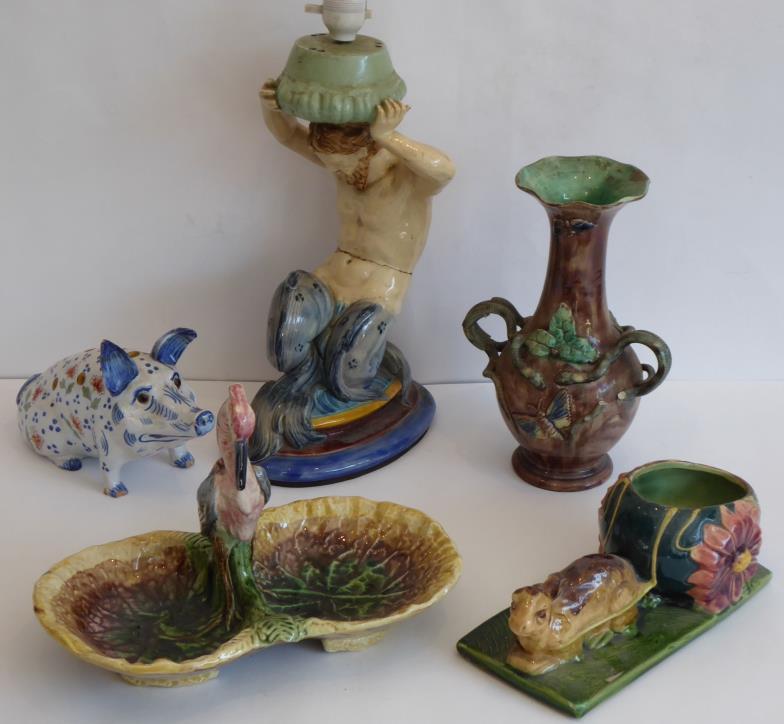 as a lamp), a Faience flower holder (as a pig), a vase with handles modelled as serpents, a vase modelled as a recumbent rabbit pulling a wagon, the wheels as flower heads and one further 19th Century two division Hors d'oeuvre dish modelled as a standing stork (5)