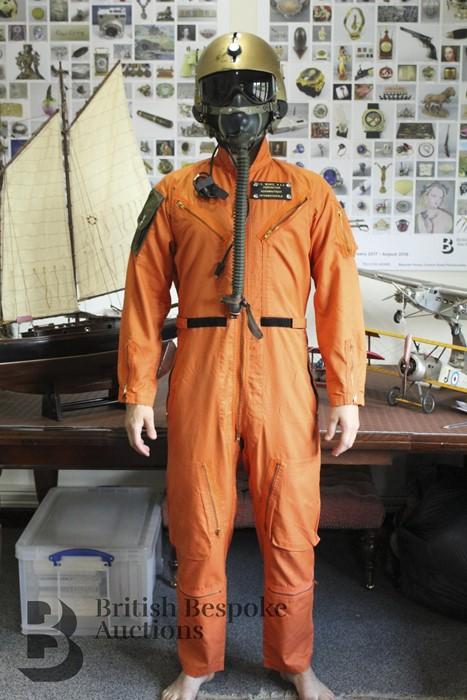 with US Navy MSA APH5 flying helmet, visor and mask in canvas bag. The flying suit with guided leather name tag W. B. Wentz N A A Federation Aeronautique Internationale.  Provenance:  Flying suit and helmet belonged to LTJG Walter B. Wentz USNR 50283/1105 U.S. Naval Reserve Pilot  The National Aeronautic Association (NAA) is the oldest national aviation organization in the United States. A non-profit association, NAA is "dedicated to the advancement of the art, sport and science of aviation in the United States, according to its Mission Statement. The core of the organization is its members; thousands of individuals organizations and corporations representing all segments of American aviation. NAA encompasses all areas of flight from skydiving and models to commercial airlines military aircraft and spaceflight."