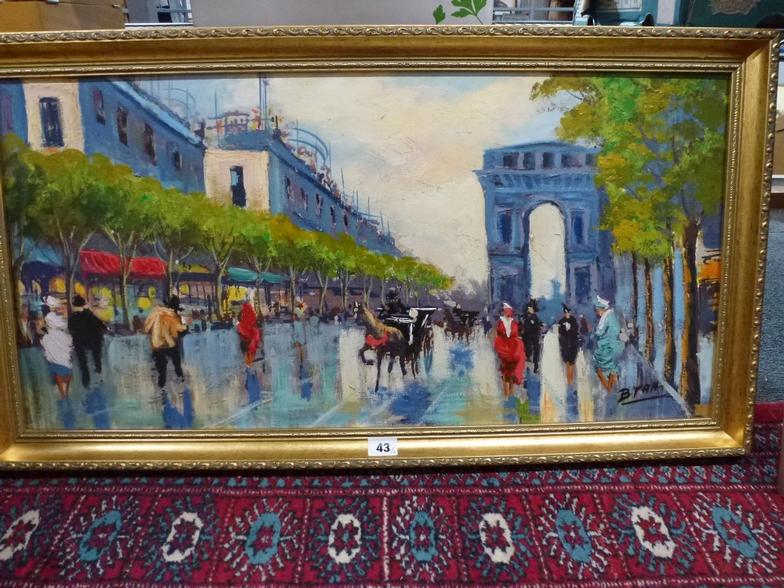 20th century, oil on canvas (36 x 74 cm), gilt frame, and 'Tenerife' by B. Trey (?), signed, 20th century, oils on canvas, framed (2) WE DO NOT ACCEPT CREDIT CARDS. LOTS ARE SOLD AS FOUND. CLEARANCE DEADLINE IS WEDNESDAY IMMEDIATELY AFTER THE SALE