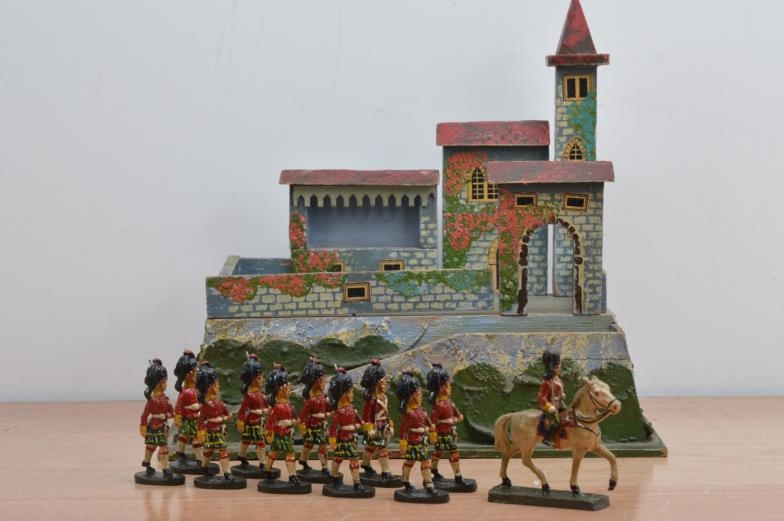 An early 20th century wooden children's fort, hand painted, with removable sections, the base with storage

underneath, 36cm wide, together with German made early to mid 20th century cast resin soldiers, hand painted, the Black Watch Regiment in Napoleonic era uniforms, ten marching with an officer on horseback, each base marked, the soldiers 8.5cm high (qty)