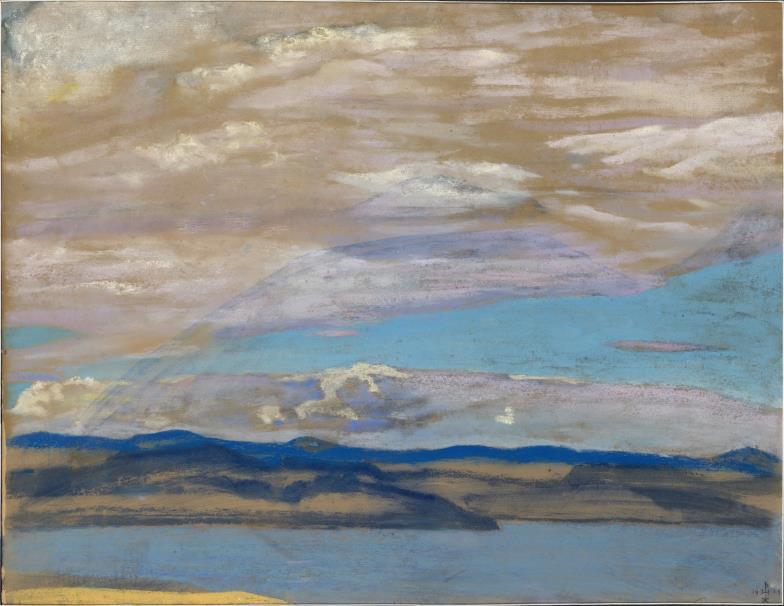 and numbered "N 72" on the reverse. Pastel and tempera on paper, laid on cardboard, 50 by 65 cm (image size). Provenance: Private collection, USA.

Authenticity of the work has been confirmed by the expert O. Glebova.
We would like to thank Gvido Trepsa, Director of the Nicholas Roerich Museum, New York, for his assistance in cataloguing the work.