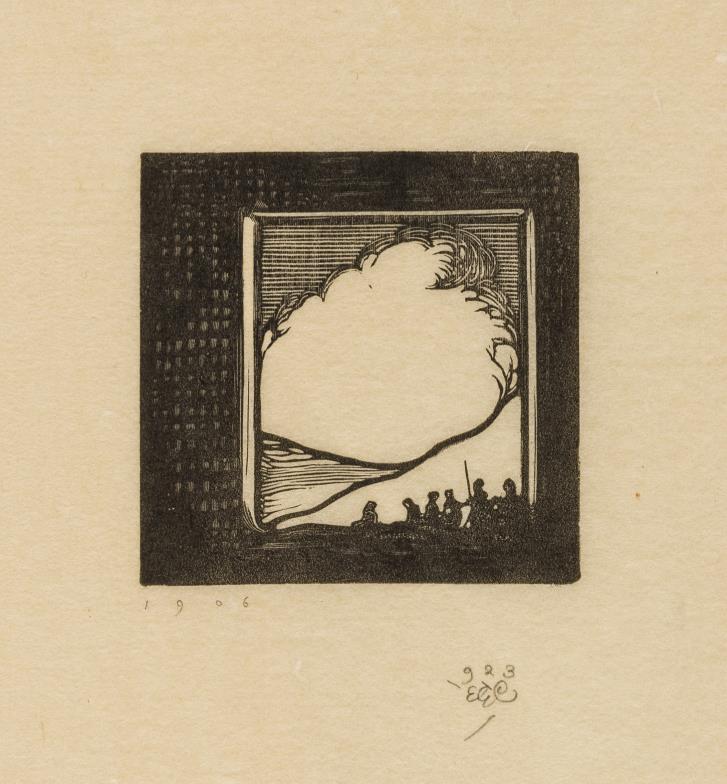 Craig (Edward Gordon, 1872-1966) The Taming of the Shrew, wood-engraving on tissue, signed and dated