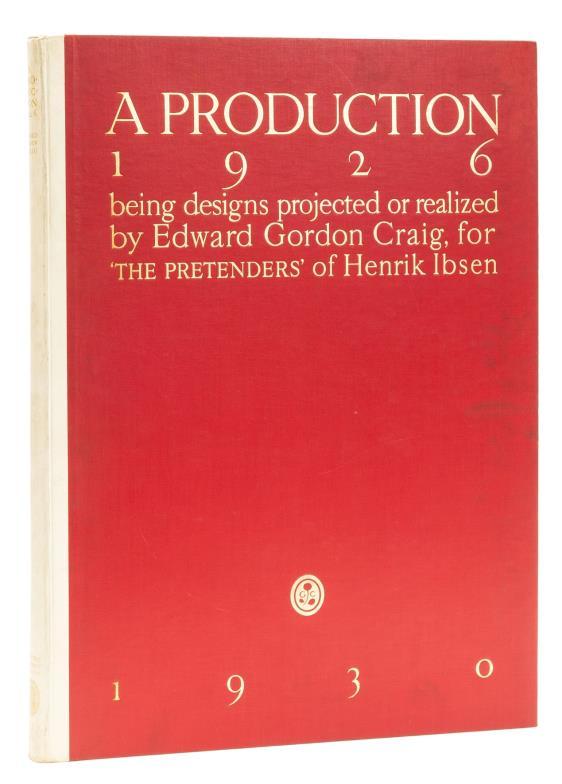 for The Pretenders of Henrik Ibsen and Produced at the Royal Theatre Copenhagen 1926, number 66 of 105 copies on hand-made paper and signed by the author/artist, from an edition limited to 605, 32 plates, some colour, captioned guards, original parchment-backed red cloth, gilt, t.e.g., others uncut, very slightly soiled, original board slip-case (a little rubbed and soiled), folio, 1930.

? In 1926 Craig was asked to design a production of Ibsen's The Pretenders for the Royal Theatre in Copenhagen and by abandoning traditional scenery on the huge stage he achieved extraordinary effects with lighting. It became one of his most memorable and praised productions.