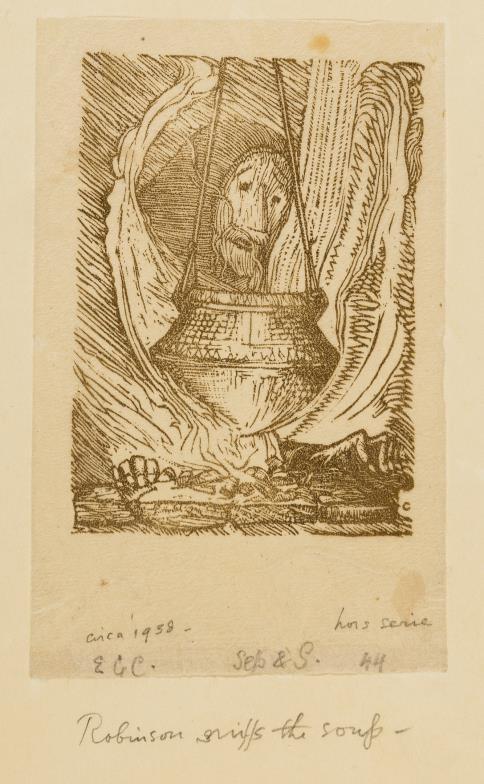 Craig (Edward Gordon) Ellen Terry and Her Secret Self, number 40 of 256 large paper copies signed and

dated by the author, with an additional signed proof wood-engraving on Japon 'Robinson sniffs the soup' loosely inserted, colour frontispiece and plates, all mounted on grey paper, with 'Annex: A Plea for G.B.S.' booklet in pocket at end, proof titled, initialled & dated 1938 in pencil, mounted on card, original cream cloth, gilt, yapp edges, t.e.g., others uncut, slightly soiled, spine browned, 1931; Woodcuts and some Words, number 125 of 160 copies signed by the author/artist, tipped-in plates, illustrations, with loosely-inserted card signed ""Ellen Terry February 1918"", original buckram, gilt, t.e.g., others uncut, defective dust-jacket, 1924; and an ordinary copy of the first with signed presentation card from Ellen Terry pasted in at beginning, 4to & 8vo (3)