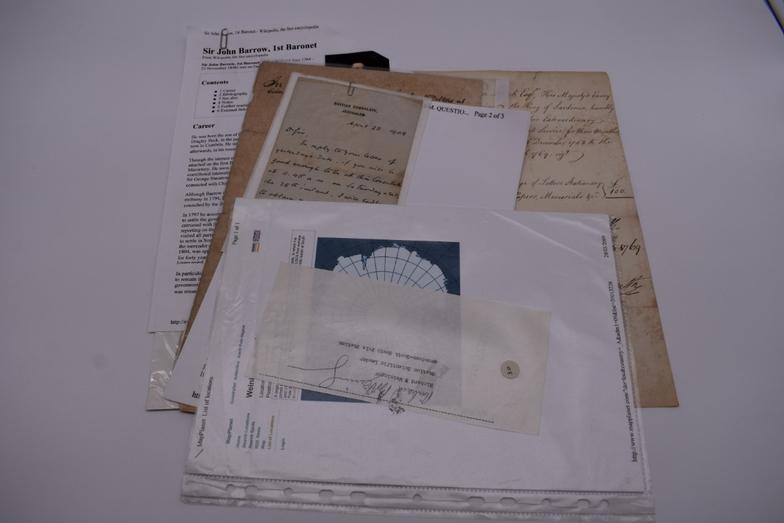 DOCUMENTS, LETTERS AND AUTOGRAPHS: collection of 5 items, to include: Approval of Disbursements of His