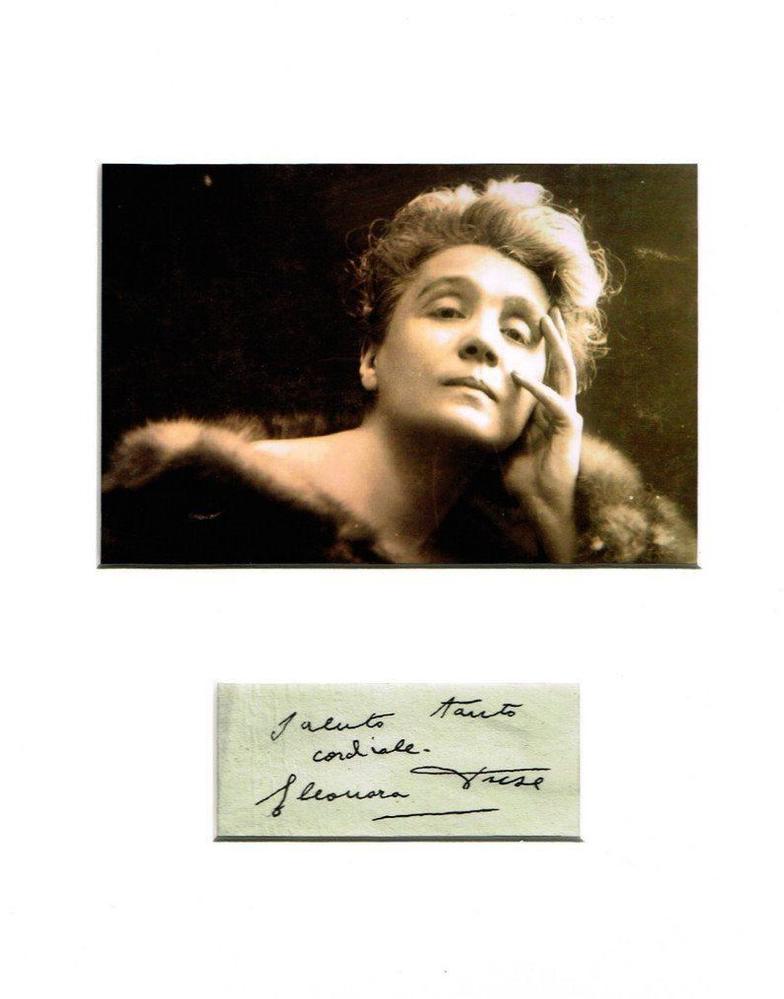 ELEONORA DUSE (1858-1924). Duse was famously cryptic regarding her acting style. She claimed not to

have a technique of any sort, and scorned at efforts to put her art into a science. What is known is that she had a highly heterodox, almost religious philosophy of acting, seeking to "eliminate the self" and become the characters she portrayed. It is a common misconception that her acting was purely intuitive and spontaneous, in reality she labored over her craft. An autograph from Duse. Professionally mounted and framed. Supplied with coa.