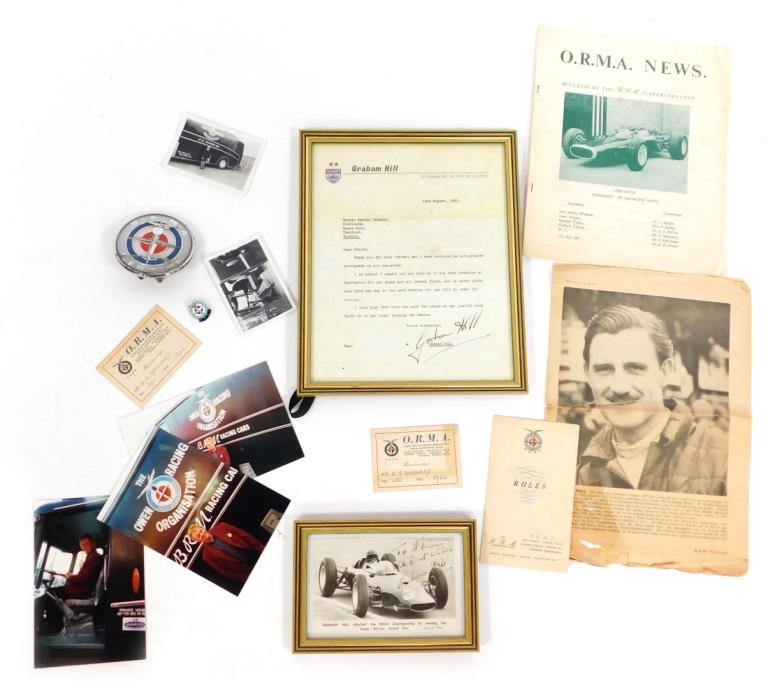 Graham Hill and BRM interest, including a letter from Graham Hill to the Young Master Adrian Barnard

in 1963 with the mentioned signed photograph referenced in the letter, both framed, photograph of Master Barnard with the transporter of the day and later photographs in a more modern era, ORMA News being the bulletin of the BRM Supporters Club 1966, with driver chart, rule book and two membership cards for 1965 and 1966 plus ORMA members bar badge (AF), and pin badge. (quantity)