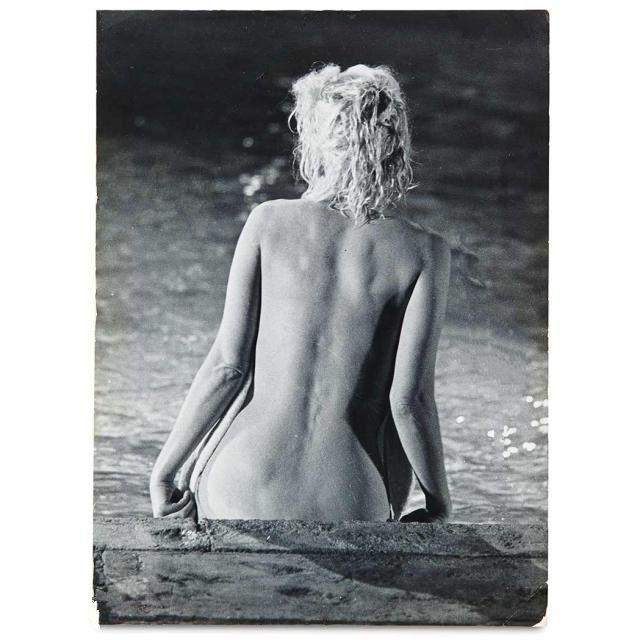 LAWRENCE SCHILLER - Marilyn Monroe in the swimming pool on the set of Something's Got to Give, 1962

Vintage 10x8 inch Lawrence Schiller photo (stamped on verso) of Marilyn on her last uncompleted film. Great condition, with some paper loss. Despite the enthusiasm surrounding the nude shoot, Marilyn was released from the film on June 8th and the film was abandoned shortly thereafter, prompting Life to run a photo from the shoot on its June 22nd cover with the headline "A Skinny-Dip You'll Never See on the Screen," sadly Marilyn's final cover for the magazine during her lifetime.