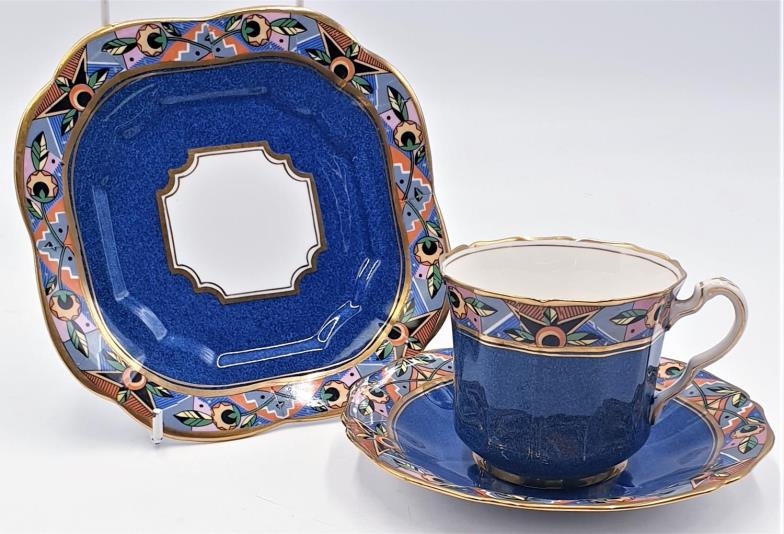 Hughes moved from Shropshire to Stoke-on-Trent, according to the 1861 to 1881 census he was a charter master (contracting coal miners). In 1889 (perhaps as early as 1886) he set up business with his son-in-law Enoch Massey (who married his daughter Sarah Ann) as E. Hughes & Co at the Opal China Works, Fenton. Edward Hughes was joined in the business by his son Frederick Stuart Hughes.The business was incorporated in December 1939 to name was changed to Hughes (Fenton) Ltd.Frederick Stuart Hughes died aged 72 on 14th July 1941.In 1941 the works was closed for the duration of the Second World War, after the war it was re-licenced in 1946 and was managed by another Edward.In 1948 the business was acquired by Lawleys Limited and continued to produce tableware as part of the Lawley group of companies until about 1953.)