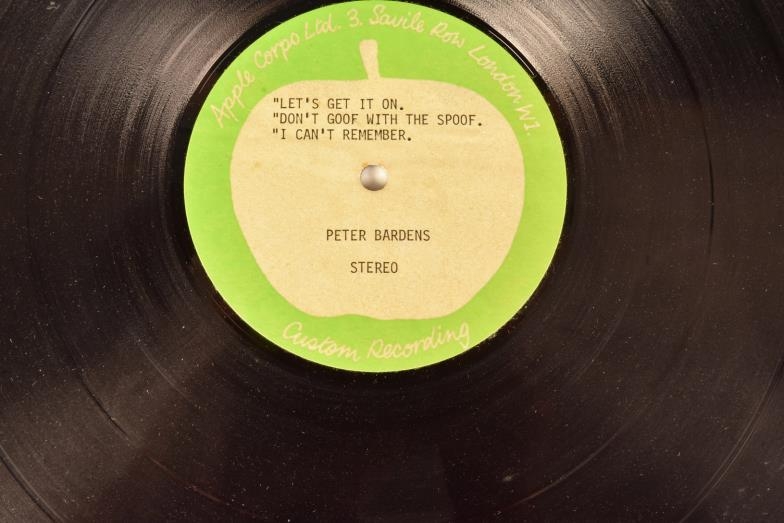 Bardens first album: Let's Get It On, Don't Goof With The Spoof and I Can't Remember - This is on the Apple Label, although the album was eventually released on Transatlantic - Green / White 'Apple' Design labels with Apple Address and typed titles - Visually VG condition and plays well apart from an occasional jump on the first track