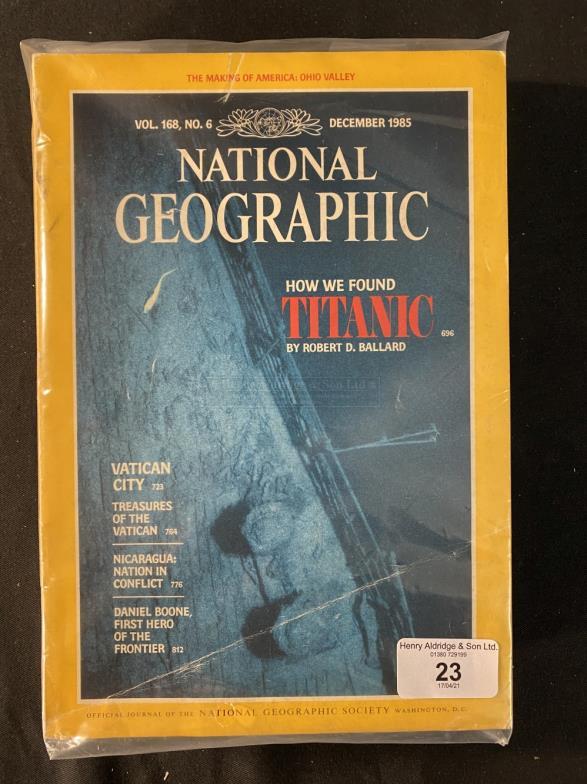 R.M.S. TITANIC: Set of seven National Geographic magazines - issues regarding the discovery of the Titanic