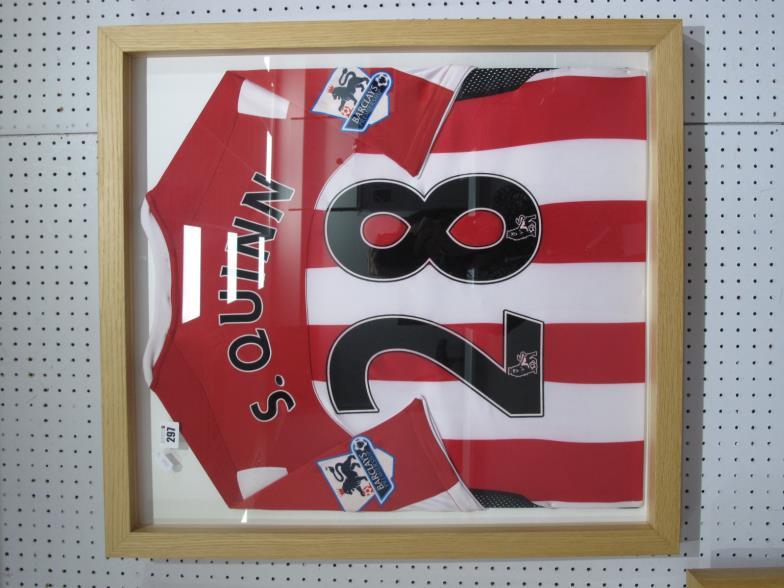 '28' having Premiership lions and Barclays Premiership arm patches, mounted, glazed and framed. Stephen Quinn is Alan Quinn's younger brother. They both played for the Blades in the 2006-7 season.