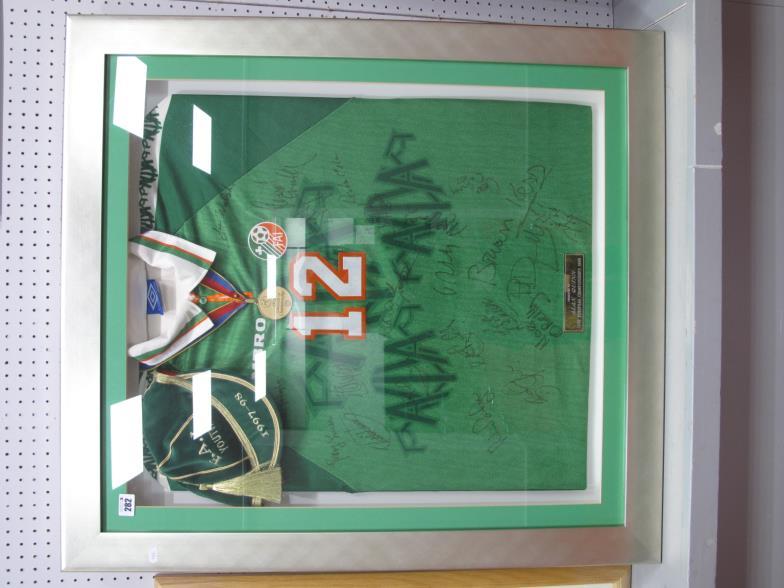 times for the Republic of Ireland. He made 329 appearances in English senior football, including 157 for Sheffield Wednesday and 97 for Sheffield United and is the only player to score for both teams in The Steel City Derby.
1998 Republic of Ireland Green Home Shirt by Umbro, having number '12' to front and bearing approximately twenty-four signatures in black pen, with plaque "Presented to Alan Quinn U-18 European Championships, 1998", together with medal stamped "P.E.K.A." & "925" and green F.A.I. Youth Cap, neatly mounted, glazed and framed. The R.O.I. won the tournament beating Germany on penalties in the final after a 1-1 draw, Alan Quinn scored Ireland's goal.