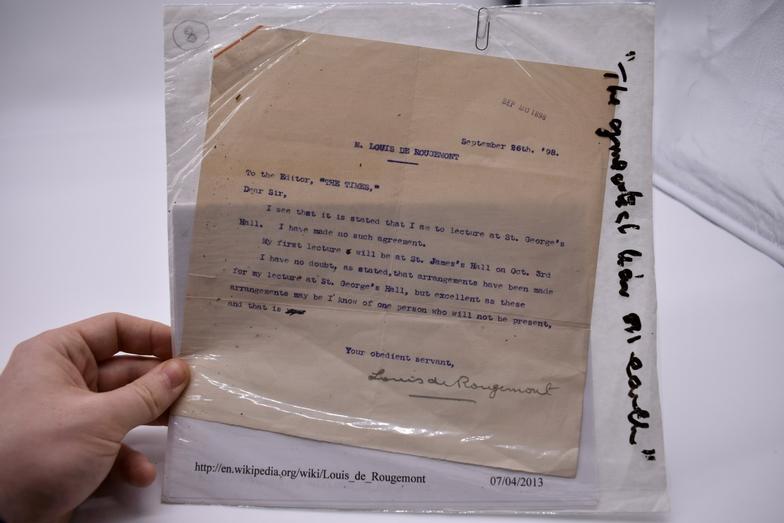 'THE GREATEST LIAR ON EARTH': short TLS from Louis de Rougemont to the editor, The Times, September

26 1898...'I see that it is stated that I am to lecture at St George's Hall. I have made no such arrangement...but excellent as these arrangements may be I know of one person who will not be present, and that is...': single leaf, old folds. De Rougemont (born Henri Louis Grin 1847-1921) was a would-be explorer who claimed to have had exotic adventures in Australasia, writing for various periodicals he was later widely disclaimed and ridiculed, dying in poverty in London on 9th June 1921. (1)