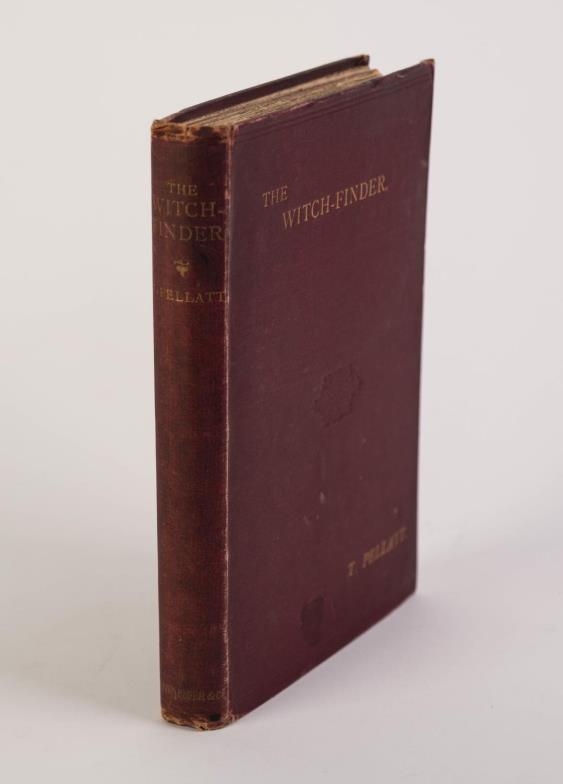 1896 1st/1st, 6pp adverts bound in at the rear, publisher's original crimson cloth, with gilt text to the front board and spine. Supernatural Folk Horror novel set in 17th century England around the time of the Witch Trials and Battle of Edgehill. The plot follows the Witch Hunter John Badger (parallels to Matthew Hopkins’ Witch Finder General) as he travels the countryside, villages around Oxfordshire. ‘Her face was long, and her eyes very dark and large; there was a deep scar upon her left cheek, beneath which, the flesh sinking inwards, was thrown aback. Between her white teeth she held a quivering piece of flesh, that dripped dark stains upon her neck and bosom, and swung now this way now that, as she wagged her head from side to side, muttering a low dirge- like chant....As he watched , felt the fumes (from her cauldron) affect him in the most strange manner, the cave swam round him, and his head whirled. Yet he could not take his eyes off her as she continued to weave her charm. She dropped the collop of meat from her lips into the flame. Frank looked at her face but he dare not look again, it was the face of a mad woman. She was muttering some witch's spell, but he could not hear distinctly, for she frothed at the mouth, and whined and gibbered"