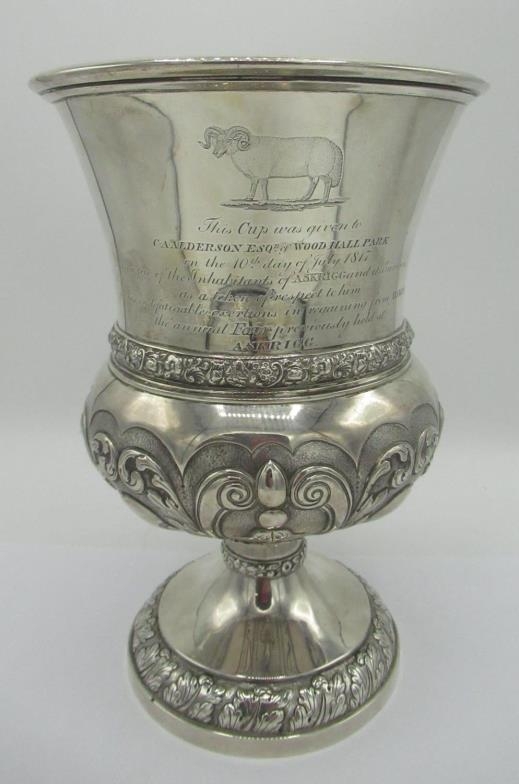 base with leafage, engraved 'This Cup was given to C. A. Alderson Esqr. of Wood Hall Park, on the 10th day of July 1817 by a few of the Inhabitants of Askrigg and it's Environs as a token of respect to him, for his indefatigable exertions in regaining from Hawes the annual Fair previously held at Askrigg', H23cm, by James Barber & William Whitwell, York 1819 27.5ozt