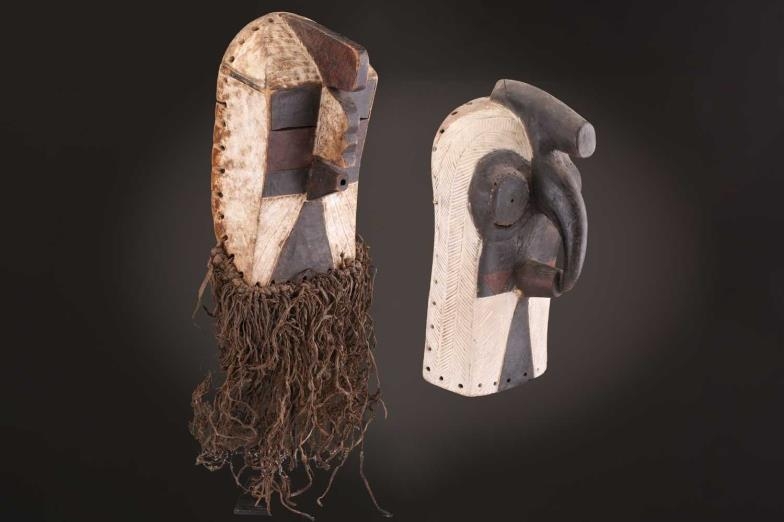 Two Luba zoomorphic kifwebe, Democratic Republic of Congo, one as a bird, the eyes inlaid with Abrus

Precatorius seeds, two red triangles either side of the beak and incised linear decoration, 45cm; the other with a short protruding crest and a stylised nose, linear incised to the front, the sides plain, with rafia beard, painted in red and black pigment, signs of use to the interior, 38cm