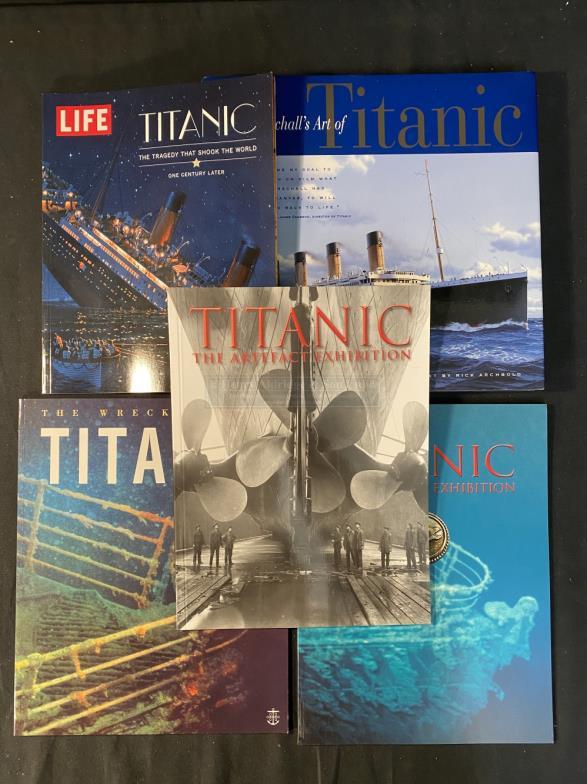 BOOKS: R.M.S. Titanic and related hard back books and magazines (8 x first editions) Titanic and Her