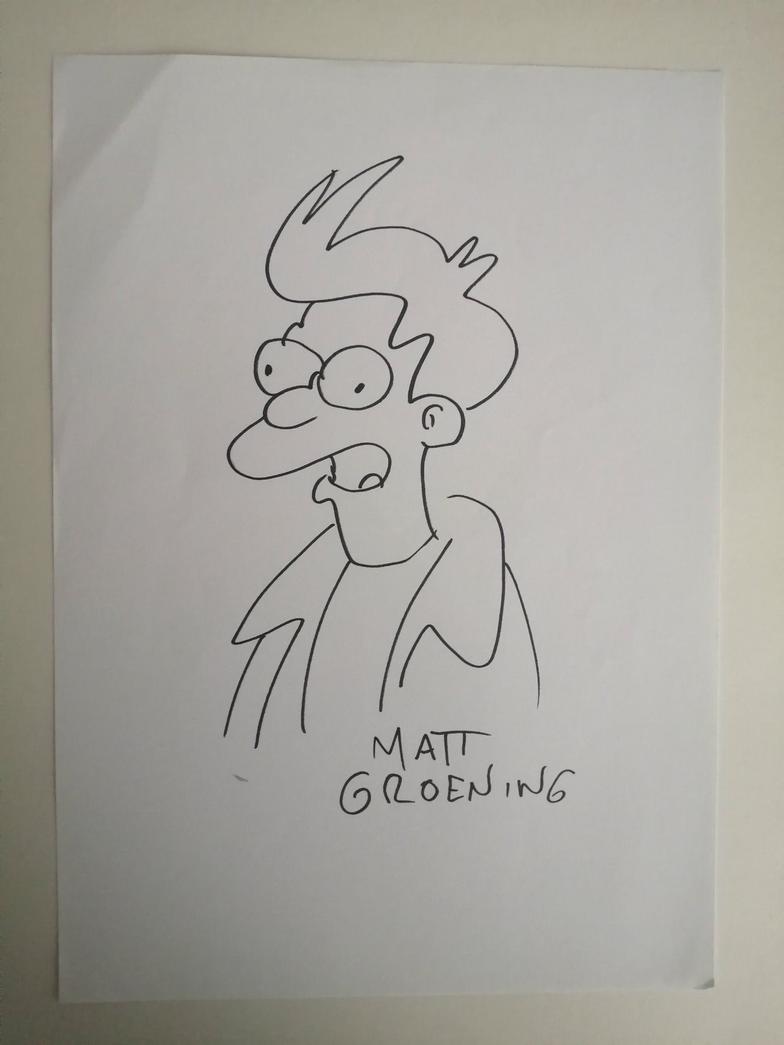 just Fry, is the main protagonist of the animated sitcom Futurama. Philip I was a native to the 20th century who was cryogenically frozen seconds into the year 2000, having fallen in just as 1999 ended. He was revived in 2999 and subsequently became a Delivery boy for the Planet Express Company. He is the male protagonist of Futurama. A drawing of Fry on A4 paper, drawn in sharpie by creator Matt Groening. Creasing in left hand corner.