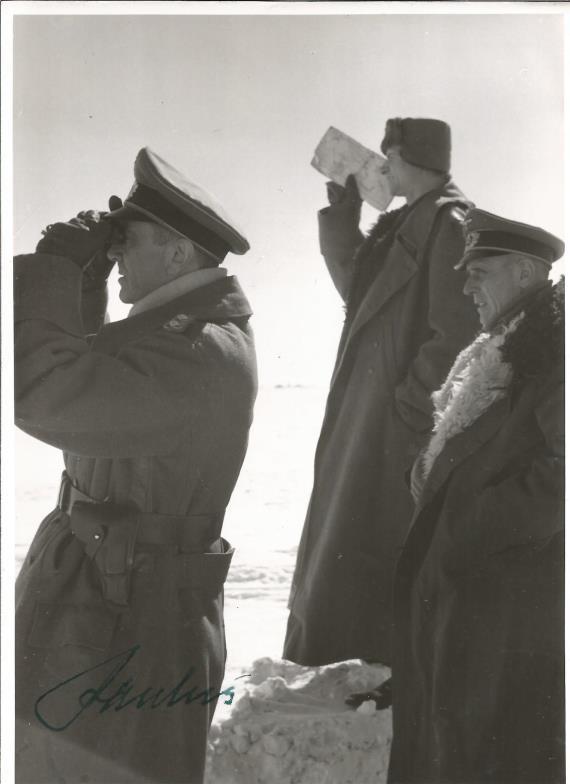 Ernst Paulus (23 September 1890 - 1 February 1957) was a German general during World War II who commanded the 6th Army. He attained the rank of field marshal two hours before the surrender of German forces in the Battle of Stalingrad (August 1942 to February 1943). The battle ended in disaster for Nazi Germany when Soviet forces encircled and defeated about 265,000 personnel of the Wehrmacht, their Axis allies and collaborators. Paulus surrendered in Stalingrad on 31 January 1943, the same day on which he was informed of his promotion to field marshal by Adolf Hitler. Hitler expected Paulus to commit suicide, repeating to his staff that there was no precedent of a German field marshal ever being captured alive. While in Soviet captivity during the war, Paulus became a vocal critic of the Nazi regime and joined the Soviet-sponsored National Committee for a Free Germany. He moved to East Germany in 1953. Good Condition. All signed pieces come with a Certificate of Authenticity. We combine postage on multiple winning lots and can ship worldwide. UK postage from £3.99, EU from £5.99, Rest of World from £7.99. You can bid live on this sale at bidonthis.co.uk