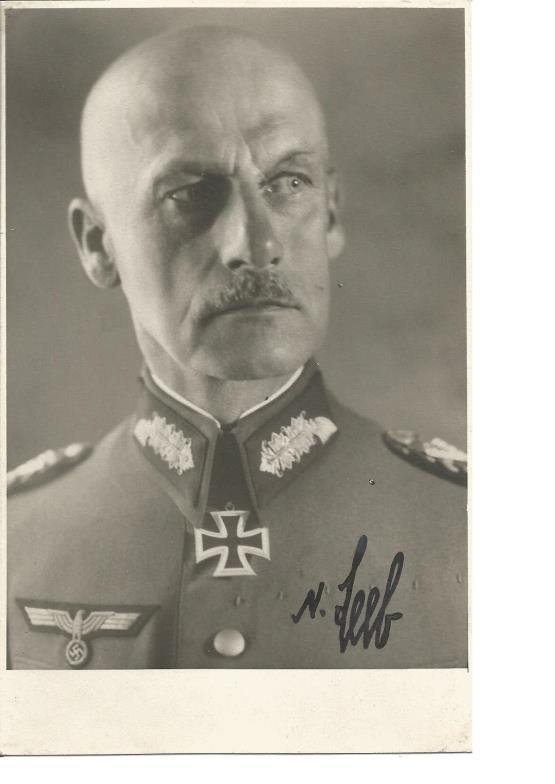 War II war criminal. During Operation Barbarossa-the invasion of the Soviet Union-Leeb commanded Army Group North, which advanced through the Baltic States towards Leningrad, eventually laying siege to the city. Leeb was a beneficiary of Adolf Hitler's corruption scheme for senior Wehrmacht officers, receiving regular, extra-legal, secret payments throughout the war, and one-time gifts of 250,000 Reichsmark in 1941 and of an estate valued at 638,000 Reichsmark in 1943. Following the war, Leeb was tried in the High Command Trial as part of the Subsequent Nuremberg Trials. He was found guilty and sentenced to three years' imprisonment. Died 1956. Good Condition. All signed items come with our certificate of authenticity. We combine postage on multiple winning lots and can ship worldwide. UK postage from £3.99, EU from £5.99, Rest of World from £7.95. You can bid live on this sale at bidonthis.co.uk