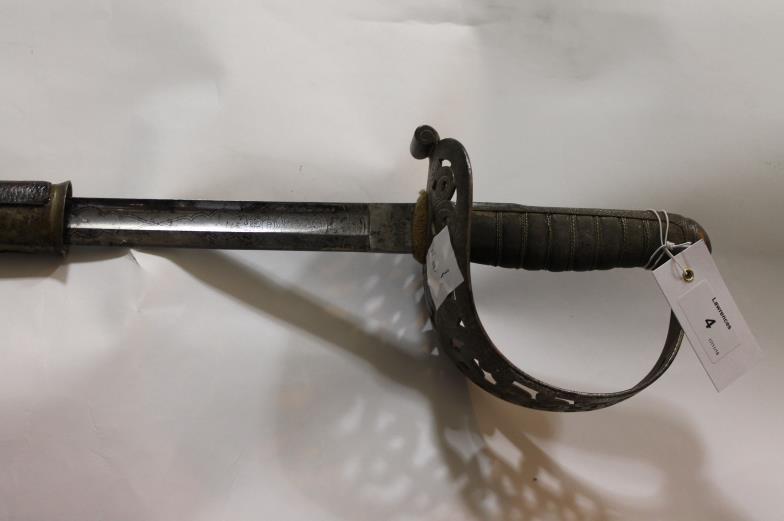 AN 1897 PATTERN OFFICERS SWORD. A Weyersberg and Kirschbaum made 1897 pattern Infantry Officers swords,

complete with brown leather field scabbard. The makers marks of a Knights Helm and Kings head are on the 34.1/2" blade. Etched with foilage and Edward V11 cypher, the same cypher is in the guard. Made at the time of the 'Great Scandal' when German made Swords and Bayonets supplied to the British Army were suggested as, 'Of inferior quality and unsuitable' Brought to the notice of the WD and Press, the supplies were ended. It did not though stop Rudolph Kirschbaum being elected, to the Board of the Wilkinson Sword Company.