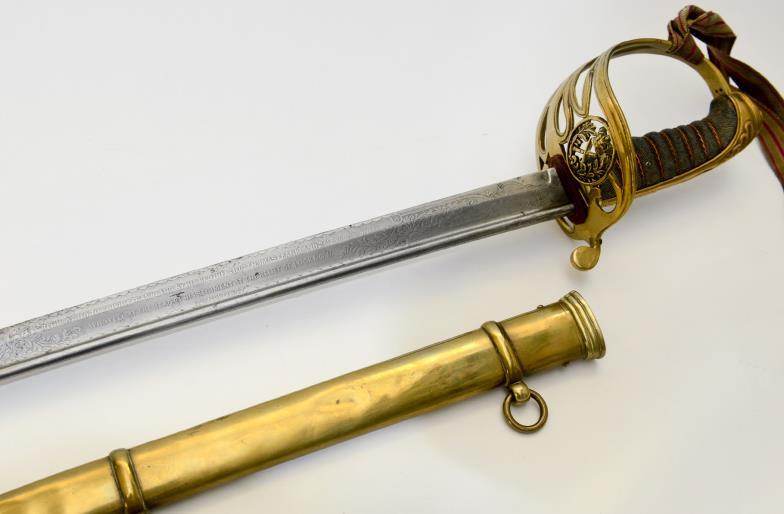 Punjab Infantry, who was twice wounded at Delhi (one severe) then Killed in Action at Lucknow in November 1857. An inscription on the blade reads: Bequeathed to Colville Frankland by his brother Lieut Thomas Frankland who fell at the Head of his Regiment the 2nd Punjab Infantry during the storming of a tower in the Secunder Bagh during the Relief of Lucknow 17th November 1857. A pipeback blade of 35.1/4" with foilage decoration, in very clean condition, complete with brass scabbard. Both Thomas and Colville Frankland were the sons of Sir Frederic William Frankland of Thirkelby York. His first three sons were to die in the service of their country. Frederick Roger Frankland Midshipman HMS Winchester died of fever in Sierra Leone 23 Jan 1845. Harry Albert Frankland Midshipman HMS Alarm, died of fever off Vera Cruz 9/5/1947 Then Thomas in 1857. Sir frederick served in the Peninsula War and at Waterloo, the family descended from Oliver Cromwells daughter Frances, line. See Illustration