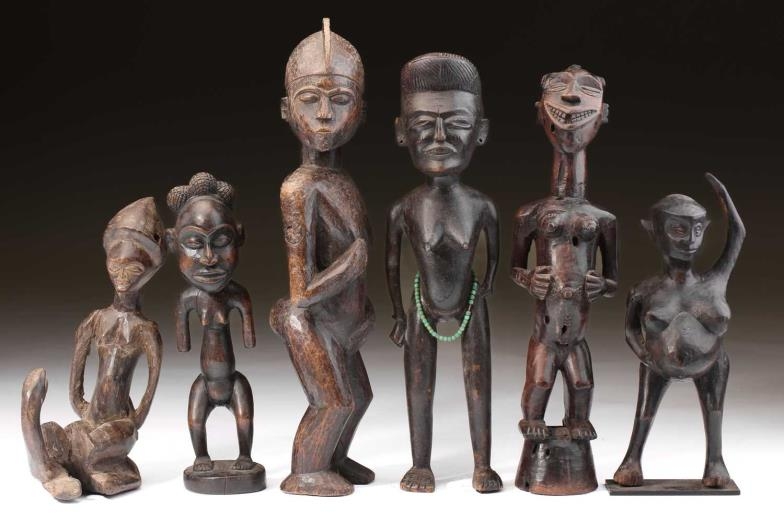 A Lwena figure of a standing female, Angola, the linear carved coiffure painted red, a scarification

to the forehead, the ears pierced, covered in a black pigment, 53.7cm; a Lwena figure of a seated female facing a snake, an infant on her back, 35.5cm; a tall standing female fertility figure, possibly Mali, her coiffure in a short crest, carved facing right, her hand on her breast and abdomen, 58cm; an Angolan standing figure of a heavily pregnant female, her left arm raised, the eyes of inset cowrie shells, on a metal base, 39.5cm, a Songye standing female fertility figure, D.R. of Congo, scarifications to her torso, 52cm and a further standing female figure, the coiffure in three tight buns, 39.5cm