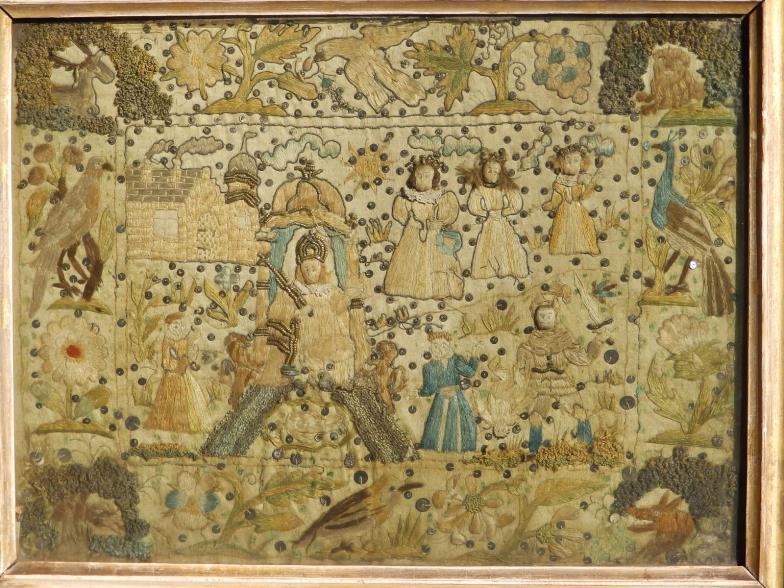 of Solomon, probably showing King Charles II as the biblical figure, including details in stumpwork, gold & silver thread and sequins, the central panel depicting the king seated on his throne in an outdoor setting with his palace in the background beneath a shining sun, the wide border decorated with birds and flowers, an animal lurking in vegetation to each corner, an old paper label to verso bears an extensive inscription attributing the work to the hand of Bridget Pryce 'maiden daughter', describing its descent through the Pryce family of Newtown Hall and its later journey to Northamptonshire, 10" x 13" - losses to the metal thread and other minor deficiencies.