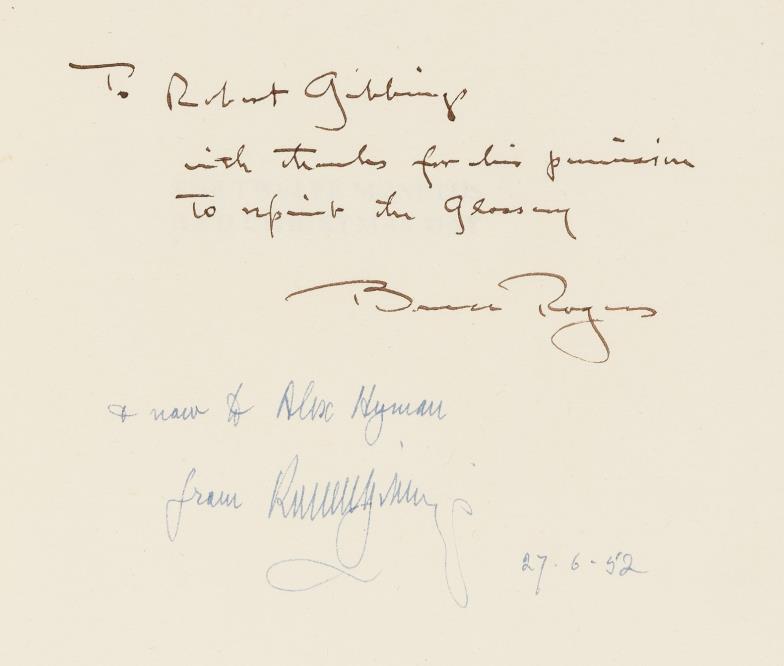 Rogers, signed & inscribed by Rogers to Robert Gibbings ""with thanks for his permission to reprint the glossary..."" and from Gibbings to Alex Hyman on front free endpaper, illustrations, original cloth, slip-case, New York, 1951 Song of Songs which is Solomon's (The), illustrated and illuminated by Valenti Angelo, initials in blue, black and gold, original blind-stamped roan, lacking spine, New York, 1935 Nin (Anais) Nuances, number 49 of 99 copies signed by the author, original cloth, Cambridge, Mass., Sans Souci Press, 1970 Wolfe (Humbert) Homage to Meleager, one of 460 copies signed by the author, contemporary half morocco, light spotting, New York, Fountain Press, 1930, most a little rubbed; and 6 others, American presses etc., 8vo & 4to (10)